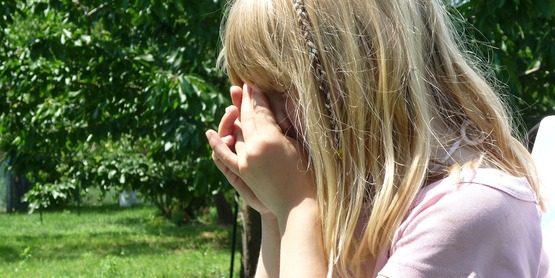 Helping young children cope with death seems to be a frequent theme in many parent discussion groups. This topic is probably as difficult for adults to deal with as any other. It is a sharp reminder that, if adults are to help children deal successfully with difficult issues, they must first learn to face those issues squarely themselves. In her book, On Death and Dying, Elizabeth Kubler-Ross talks about the ability of doctors to help patients face terminal illness and death. She says, "If this is a big problem in our life, and death is viewed as a frightening, horrible, taboo topic, we will never be able to face it calmly and helpfully with a patient." Every parent knows little children are as sensitive to the attitudes of the people who care for them as patients are to the attitudes of the doctors who treat them.

It may be advisable for parents to initiate discussions about death with their children when the opportunity for talking and listening seems right. Major tensions could occur if the topic arises for the first time during a very sad or difficult time in the adult's life. The death of an acquaintance, friend, relative or pet can be as upsetting to adults as it is to children. It is not necessary to hide adult grief from children. "Daddy is crying because Uncle Tom is dead and he misses him very much," is a statement children can accept. In fact, such straightforward statements are easier for most children to understand than artificial cheerfulness and unfamiliar sounds behind closed doors.

Frequently adults find children's insistent questions extremely hard to answer.
"Why did she die?"
"Does it hurt to be dead?"
"How do you eat when you're dead?"
"You mean they just put her in a hole with dirt on top of her?"
"Did she want to die?"

These are the kinds of questions young children often raise, and adults should answer them as honestly and simply as they can.

One important clue in responding to children is to listen to the question and provide brief answers. Occasionally adults perceive a child's question as a signal to deliver a speech they have thought about for a long time. The result is to overwhelm the child with more messages and information than is necessary or desirable.

Many people are amused by the story of the child who asked a parent, "Where did I come from?" and listened patiently to a careful explanation of the biological facts. At the end of the explanation the parent asked, "Now do you understand where you came from?" The child replied, "Not exactly. Betty came from Albany and Bobby came from Buffalo, but I still don't know where I came from." The moral: short, simple answers to the questions children ask are preferable to long, moralistic answers adults tend to give.

What about religious views? Don't we communicate these to children as we help them cope with death? Of course we do, and should. But even philosophical concepts and religious beliefs can be presented briefly. Occasionally asking a child, "What do you think about that?" helps provide direction for further discussion. It's important to remember that preschool children are intensely self-centered and concerned about what will happen to them as a result of the death of a loved person. Sometimes this egocentrism can be baffling or infuriating to adults who fail to understand that children cannot hurry through this inevitable stage of development but will grow to care about other people if they receive enough time and loving care themselves.

At times a grieving adult is bothered by a child's insistent questions, put off by a child who is unusually whiny and clingy or mystified that, after an initial, short sadness, the child is playing as if nothing had happened. Adults need, and should have, the help and support of other adults who know and care about the child, but may not be as emotionally involved in the situation. Neighbors, close friends and relatives can offer a real service to a bereaved family by spending time with a young child and allowing the child to work out grief in a comfortable style and tempo.

It seems children learn to cope with death in many different ways and adults should remain sensitive and responsive to clues from children's behavior about the kinds of help that will be most appropriate. For most people, discussions about a death before a crisis situation involving the loss of a beloved person or pet will provide some foundation for coping with intense feelings of grief, anxiety or bewilderment. A dead animal in the road, a bird that has fallen from a nest or a newspaper account of the death of an acquaintance can all be opportunities for an honest discussion about "what dead is." On a more intimate level, the death of a pet can be discussed, the animal examined and, if it is in keeping with the family's beliefs, a ceremony or funeral held. Such ceremonies may help children understand that rituals and the companionship of other people can be sources of comfort.

It is not unusual for a young child who has observed or participated in the burial of an animal to dig the body up again to "see what's happened." Children are often interested in, and matter-of-fact about the process of decay. Adult attitudes should indicate that this is a natural and non-alarming phenomenon.

Adults should respect children's grief. Quick replacements of lost pets may not always be appropriate. On the other hand, children are often far less saddened by the death of a pet or friend than parents expect. When children show little or no reaction to the loss of a person or pet that has been important to them, parents and caregivers should remain alert for signals that they need help in expressing grief or bewilderment. Adults may anticipate that a child's reaction will be delayed and grief will be expressed later , perhaps triggered by some minor incident of significance only to them.

Parents may find books an excellent way of beginning to communicate with their children about subjects of mutual concern. There are several books about death for young children. One, The Tenth Good Thing about Barney, by Judith Viorst, contains a story about the way one family helped their son cope with the death of his cat. Throughout this story, the little boy develops a list of ten good things about his cat and, by doing this, clearly feels that he and his parents have provided a fitting end to the life of a beloved animal. 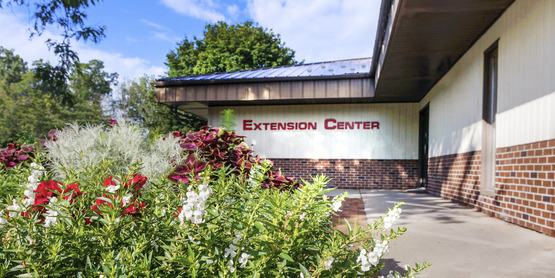