Poison Ivy - Poison Ivy is a plant that grows as a vine or shrub that produces the oil urushiol, which causes an ichy and sometimes painful rash on most people who come in contact with it. It is expected to become more widespread in Central New York as a result of global climate change.

"Nuisance" or "Damaging" Wildlife are wild animals that may cause property damage, are perceived as a threat to human health or safety, or are persistent and perceived as an annoyance. Examples include a skunk or fox living under the porch or shed.

AVID - Assessing Vegetation for Impacts from Deer - AVID is a method for volunteers, foresters, landowners, and others to Assess the Vegetation for Impacts from Deer. Wildflowers and/or tree seedlings are selected and measured each year for several years to evaluate the impact of deer browsing. Field data collected across New York State will be used to track tree, shrub and wildflower response to deer browsing over time. Knowledge of how deer impacts change through time will help guide deer management decisions at local and state levels. See also Deer Resistant Plants.

While these bugs may not be invasive they are considered Nuisance insects and can wreak havoc.

Armyworm - True armyworm larvae are being found across New York State. This native species does not overwinter in NY but fly north from southern states in the spring. Armyworm moth migrations are somewhat sporadic, cyclic from year to year and difficult to predict. True armyworms are primarily a pest of plants in the grass family: forage / pasture / grasses (& lawns), small grains, and corn.

Bed Bugs - Bed Bugs are small insects that can inhabit bedrooms and hotel rooms. They feed on blood and their bites can cause a rash. They do not spread disease. They have become increasing common in Onondaga County and throughout the United States in recent years.

Boxelder Bugs -  Boxelder Bugs are nuisance pests. They do not sting or transmit disease, and are generally not known to bite, though there are rare reports of defensive biting. Boxelder bugs are not known to cause damage to homes or significant damage to plants. However, their feces can stain light colored surfaces. Smashing them can also release an unpleasant odor. 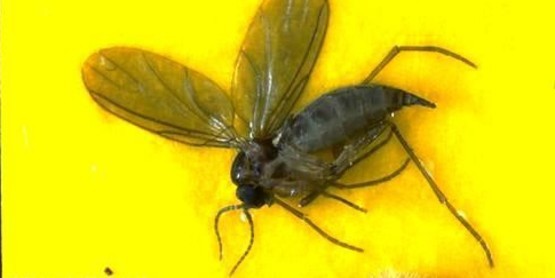 Fungus Gnat - Have you noticed this gnat zipping around your home? When people bring their plants in from the outdoors in the fall they often bring these insects in with the plant.

Prevent Mosquito Bites - Mosquito bites can be more than just itchy and annoying. They can cause you to get sick. The most effective way to avoid West Nile virus disease is to prevent mosquito bites. Be aware of the West Nile virus activity in your area and take action to protect yourself and your family.

Western Conifer Seed Bugs - The Western Conifer Seed Bug is a type of leaf-footed bug that feeds on seeds of trees, especially pine. It is not a destructive pest in the home, but merely a nuisance. They find their way into homes during the end of summer and early fall looking for a place to spend the winter. They emit a foul-smelling odor when disturbed, handled, or crushed/squished. Also, the sound of their wings while in flight resembles the buzzing noise of a wasp or a hornet, which can be unnerving and startling when one flies past your ear or lands on you.

Deer Tick - Ixodes scapularis is a vector for several diseases (Lyme disease, babesiosis, anaplasmosis) and is known as the "deer tick" due to it's habit of parasitizing the white-tailed deer, however ticks acquire the Lyme disease microbes by feeding on infected mice and other small rodents. In New York State, Lyme disease is endemic in Suffolk, Nassau, Westchester, Rockland, Putnam, Orange, Ulster, Dutchess, and Albany counties. Also visit Tick Talk for information on identification, management, and how to protect yourself. 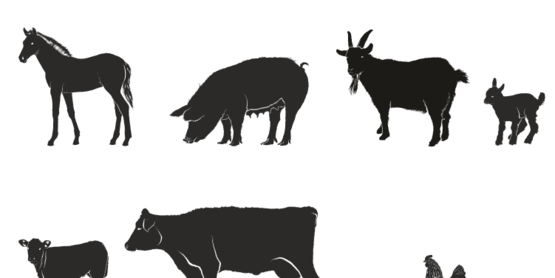