Plant and animal invasives threaten our watersheds here in the Finger Lakes and elsewhere, but residents can be informed, and learn ways to identify, report and help control their presence.

Asian Carp - Carp are not native to North American waters, but various carp species have been introduced here since the mid-1800's, much to the detriment to native fish. Although carp eratication measures have been active for over 100 years, long-established species, like the common carp, are present in almost every state.

Asian Clam - Asian Clam has been identified in the Finger Lakes of Otisco, Owasco, Seneca, Canandaigua, Massapequa, and Keuka Lake; in Erie and Champlain Canal, Walkill and Hudson River, Lake George, and the Adirondack Region. Asian clams cause ecological devastation, overheating of boat engines and millions of dollars  in damage.

Asian Shore Crab - The Asian Shore Crab originated in the western part of the Pacific Ocean, near Japan, China, and Korea. It was first identified in the U.S. in 1988 at Cape May, New Jersey and now ranges from Maine to North Carolina.

Fishhook Waterflea - Fishhook Waterflea is an agressive, predatory zooplankton that preys on smaller zooplankton. Since its first discovery in Lake Ontario in August 1998, copagis spread inland to six of New York's Finger Lakes within a year, possible on fishery sampling gear, bait buckets, or on recreational angling equipment.

Quagga Mussel - The Quagga Mussel is native to the Dneiper River drainage of Ukraine and is thought to have arrived in the U.S. in ballast water from a cargo ship in 1986. The Quagga mussel alters the food web by filtering water and removing plankton which reduces food for native populations of alewives, salmon, whitefish, and native mussel species. The mussels also ruin beaches and attach to boats water intake pipes.

Hydrilla - The highly invasive aquatic plant commonly known as 'Hydrilla' or 'Whater Thyme' was found in the Cayuga Inlet in 2011. The biotype that was found in the inlet is native to southeast Asia and was brought to the United States through the aquarium trade. Hydrilla was first found in the wild Florida in the 1950's. It has since spread to many parts of the US. We will never know how Hydrilla arrived in the Cayuga Inlet, but it was probably spread by a boater or someone dumping an aquarium irresponsibly.

Sea Lamprey - Sea Lampreys are parasitic pests. They attach to fish with their suction mouth and teeth, and use their tongue to rasp through a fish's scales and skin so they can feed on its blood and body fluids. A single sea lamprey will destroy up to 40lbs of fish during its adult lifetime.

Spiny Water Flea - First detected in Lake Huron in 1984, the spiny water flea quickly spread throughout all of the Great Lakes and many inland lakes. Recently it has been confirmed in Lake George. The Spiny Water Flea was likely introduced from ballast water; however, its current spread is due to recreational boating, ballast water transfer, and water currents.

Zebra Mussel - Zebra Mussels and Quagga Mussels were inntroduced into the Great Lakes in the mid to late 1980s from freshwater ballast discharged from freighters originating in the Black and Casipan Sea region of eastern Europe and western Asia. They filter vast amounts of plankton, decreasing the food source of other species and subsequently causing a lack of clarity in the water.

Video produced by The Clean Boats Clean Tournaments project by the University of Wisconsin Sea Grant. 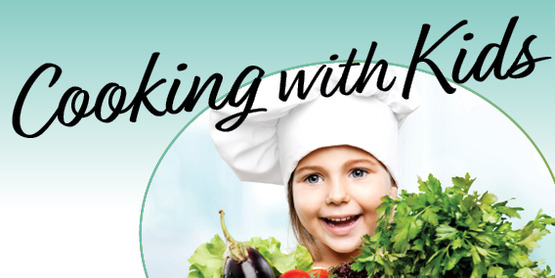